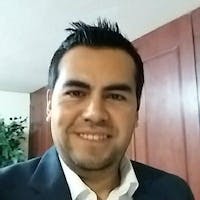 Hi there, Why do I need a hadoop local environment? am I crazy? I have two reasons to burn my PC running a hadoop local environment, first I need an environment to explore and learn without the risk of screwing something in the company servers, second, recently I got a request to import some oracle tables into HDFS with Sqoop, in order to do some development testing again without screwing something I need a safe place to play with. Said so you need two things, maybe three but one is optional.

1- (Optional) Install a WSL(Windows Subsystem for Linux) distribution like Ubuntu LTS from Microsoft store, docker will benefit from this with better performance.

Tip. If you have a small SSD as primary storage I recommend you to move the docker images to another drive, you can follow the steps from Franks CHOW response on stackoverflow .

Then, open your command prompt:

You should be able to see, make sure the STATE for both is Stopped.

Import the docker-desktop-data back to wsl, but now the ext4.vhdx would reside in different drive/directory:

Start the Docker Desktop again and it should work

You may delete the D:\Docker\wsl\data\docker-desktop-data.tar file (NOT the ext4.vhdx file) if everything looks good for you after verifying.

4- You need a bash command line, you can use either git bash if you already have it, or you can go with the WSL linux bash you have choosen.

Tip. If you choose WSL bash then you can find your C: drive in /mnt/c path.

Then verify HDP sandbox was deployed successfully by issuing the command:

When you want to stop/start your HDP sandbox, use it in the docker commands like:

And now you are ready to use hadoop. You should be able to use ambary from